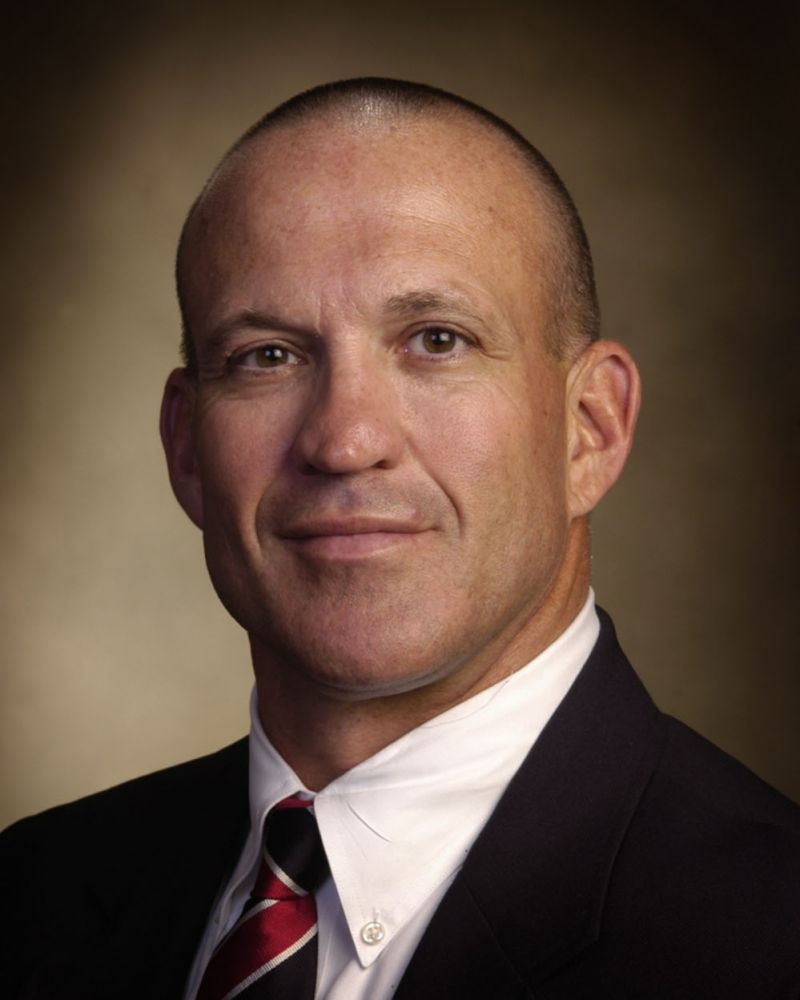 Dean for the College of Engineering, Professor

Dr. Charles L. “Chuck” Karr was appointed Dean of the UA College of Engineering in 2005 after more than 20 years of engineering experience. During his time as Dean, Karr has worked to develop relationships across campus to broaden the academic experience for students studying engineering and computer science. He has overseen impressive growth in enrollment, expansion of the faculty, extension of educational offerings as well as the development of new teaching and research facilities. Specifically, since 2005:

Karr is a three-time graduate of UA, completing his bachelor of science degree in mechanical engineering in 1984 and his master’s and doctorate in engineering mechanics in 1987 and 1989, respectively. After receiving his doctorate, he spent seven years working as a research engineer with the U.S. Bureau of Mines, Tuscaloosa Research Center.

While working at the Bureau, Karr maintained a relationship with UA by serving as a part-time instructor in both the engineering mechanics and the aerospace engineering departments. He joined the faculty full time in 1995 as an assistant professor and was promoted to associate professor and then professor in 1999. He was eventually named head of the Department of Aerospace Engineering and Mechanics in 2001. Before becoming Dean, he served as the College’s associate dean for research and graduate studies, a position he accepted in 2004.

Considered a leading expert in the area of intelligent systems, Karr is the author of three books and 20 book chapters, and he has published 44 refereed journal articles and more than 90 conference papers. He has become widely known for his pioneering work in combining genetic algorithms and fuzzy logic, and he has successfully applied these techniques in the aerospace, mineral processing, manufacturing and steel industries. In addition, he holds four international patents in the area of intelligent systems for locating the sources of radio signals.

Karr has received several awards and has been involved with numerous professional societies. He was the Engineer of the Year for the U.S. Bureau of Mines, Tuscaloosa Research Center in 1990, and the Young Scientist of the Year for the Society for Mining, Metallurgy, and Exploration’s Industrial Minerals Division in 1991. He received the Outstanding Young Engineer Award from the Society for Mining, Metallurgy, and Exploration’s Mineral and Metallurgical Processing Division in 1993, and he was named the Bureau of Mines Technology Transfer Person of the Year in 1993. In 2005, he received the T. Morris Hackney Faculty Leadership Award from the College.

Since beginning his career at the University, Karr has consistently been recognized for his teaching abilities, winning the Charles Henry Ratcliff Memorial Award for Excellence in Undergraduate Engineering Mechanics Teaching five times, and the American Institute of Aeronautics and Astronautics (UA chapter) Outstanding Faculty Member Award twice. He has been actively involved with the Society of Mining, Metallurgy, and Exploration, the Society of Photo-Optical Instrumentation Engineers, the American Filtration Society and the North American Fuzzy Information Processing Society.