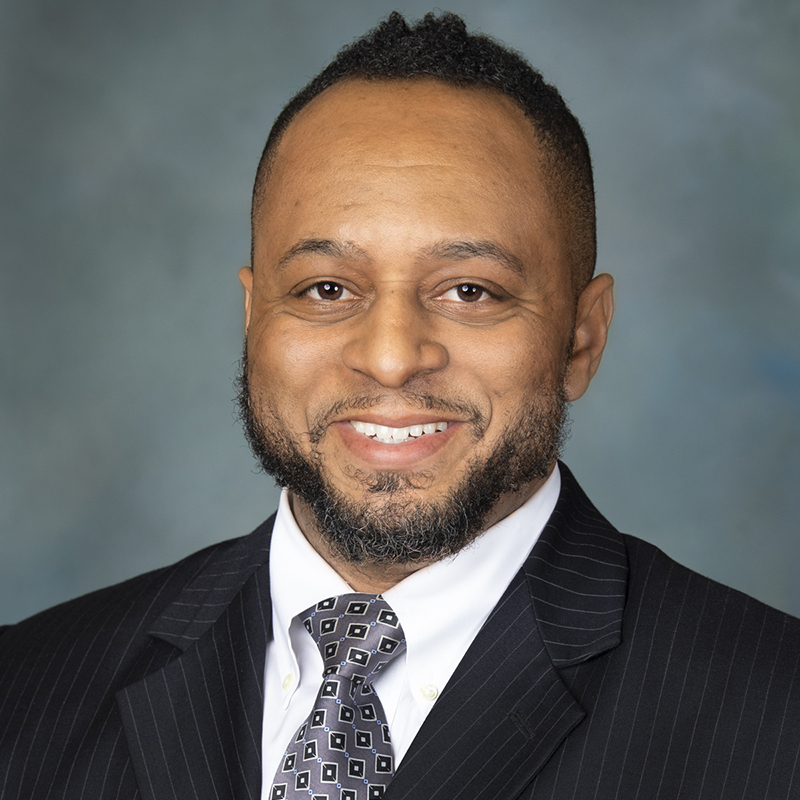 Recently, he served on the dean’s ad hoc committee that developed a strategy for increasing enrollment and retention of underrepresented populations in the College of Engineering. Large is also an alumni mentor in the Mentor UPP: Undergraduate Professional Partnering program and participates in the CES networking receptions.

He graduated from UA in 2003 with a bachelor’s degree in electrical engineering with a concentration in computer engineering and minors in criminal justice and computer science. In 2008, he received his MBA from the executive program at Auburn University with a concentration in technology management and also holds a Six Sigma Green Belt Certification.

Large has spent his entire career with Alabama Power. Since March 2019, he has worked as distribution engineering supervisor in Haleyville. In this role, he manages operations including system improvements, installations, reliability, engineering and International Brotherhood of Electrical Workers crew personnel. He also dispatches crews and evaluators for storm restorations.

He is an advocate and mentor in Level Up 205, industry advisor for the Alabama Louis Stokes Alliance for Minority Participation program, board member for YMCA Tuscaloosa, advisory council member for YMCA Benjamin Barnes Branch, mentor at Central High School for Learning Engineering Applications and Principles, member of Western Employees Network and Learning Group, and also serves on the Business Office Management and Technology Technical Advisory Committee at Shelton State Community College.

Large is a 2015 Leadership Tuscaloosa graduate and a 2018 Alabama Power Company Leadership Development Program graduate. He is a past chapter president of the National Society of Black Engineers and served as an Ambassador to the College of Engineering while at UA. Large was named the 2016 Omega Man of the Year from the Alpha Tau chapter of Omega Psi Phi and the UA National Alumni Association named him an Outstanding Alumni Association Recipient in 2004.

An Oneonta native, Large and his wife, Khristy, live in Haleyville with their daughters, Ava and Addison.

Outstanding Alumni Volunteer Through the Years